Bali is an island province in Indonesia, a sprawling archipelago made up of over 17,500 separate islands that span a massive 1.9 million square kilometres. Indonesia is located in the southern hemisphere of Southeast Asia and extends all the way from Asia to Australia. It shares land borders with the countries of Malaysia, Papua New Guinea, and East Timor-Leste.

Indonesia is also part of the Pacific Ring of Fire, a large area in the Pacific basin famous for its earthquakes and volcanic activity. The Ring of Fire is home to 75% of the world’s active and dormant volcanoes, many of which can be found in Indonesia.

With Java to the west and Lombok to the east, Bali itself sits roughly 8 degrees south of the equator. Bali’s position in the world gives the island a temperate climate, and visitors can enjoy perfect temperatures all year round.

Where is Bali in the World?

Bali is located in Indonesia, a transcontinental country that is mainly located in Southeast Asia, with some of its islands making part of Oceania.

Which Ocean is Bali in?

The island of Bali is situated in the Bali sea, which forms the south-west part of the Flores Sea. This sea spans an area of 45,000 square kilometres and is home to a huge diversity of marine species. Warm waters and strong surf to the west make for excellent swimming, snorkelling, scuba, and surfing conditions, depending on where you are on the island.

The Bali Sea is also part of the Indonesian throughflow, which leads from the Pacific Ocean to the Indian Ocean. Most of this flow passes through the Bali Strait between Java and Bali, and the Lombok Strait to the east of the island.

What Country is Bali in?

Is Bali in Indonesia?

Bali is part of Indonesia, a country located in the southern hemisphere of Southeast Asia. Indonesia is by far the world’s largest archipelago and spans an area of almost 2 million square kilometres between Asia and Australia.

Bali is the best known of Indonesia’s 17,500 islands, only 922 of which are inhabited by people. It is the country’s number one travel destination and is located in the westernmost part of the Lesser Sunda Islands. Bali is situated only a few kilometres across the Bali Strait from Java, home to Indonesia’s bustling capital city, Jakarta. To the east lies the large island of Lombok, and the popular Gili Islands.

What’s the Capital of Bali?

Bali’s capital city is Denpasar, which is home to the island’s main international airport. Denpasar will, therefore, be the first stop for many people travelling to Bali. From here, it is easy to arrange transport to other parts of the island.

Denpasar is located on the south side of the island. and is the location of many popular holiday destinations and attractions. Check out the Jagatnatha Temple, the Turtle Conservation and Education Center, and the Bajra Sandhi Monument while you’re in town!

Moreover, you will find numerous food places, spa & massage centres and other fun things to do in the Denpasar area.

What Are Bali’s Neighbouring Countries?

Bali is located between the Indonesian islands of Java and Lombok. Indonesia’s only land borders are with Malaysia, Papua New Guinea, and East Timor-Leste. 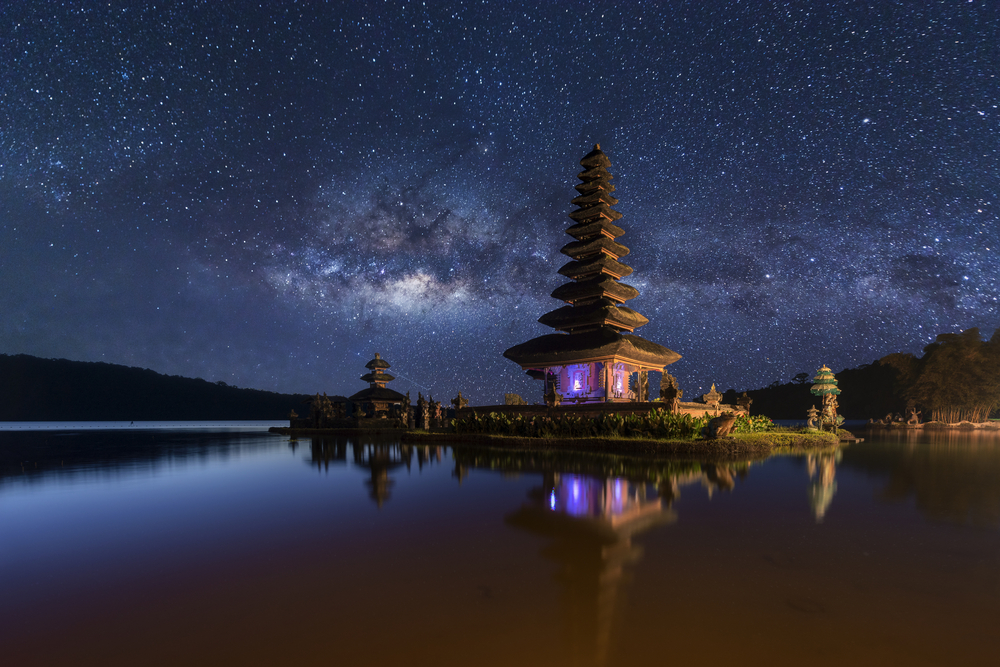