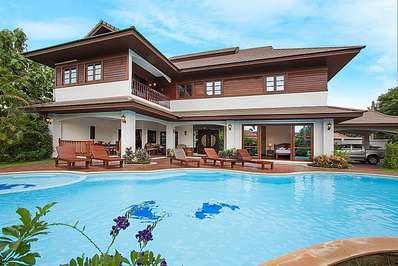 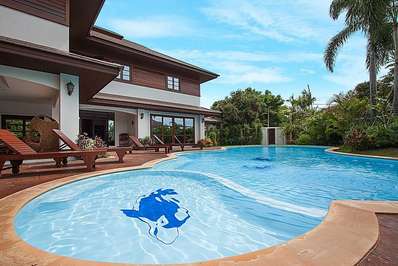 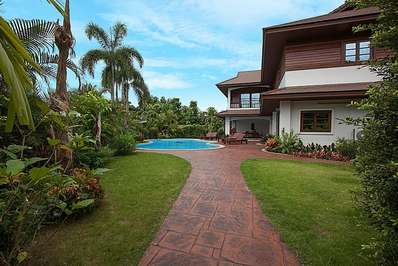 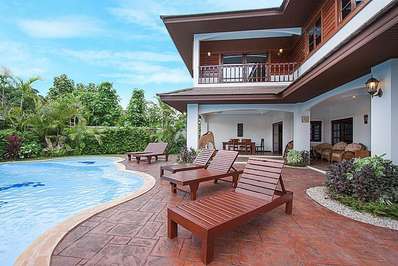 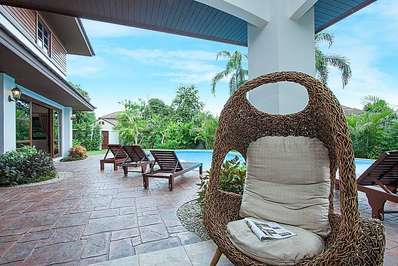 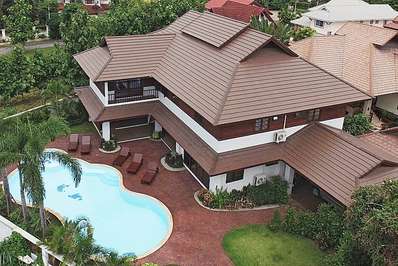 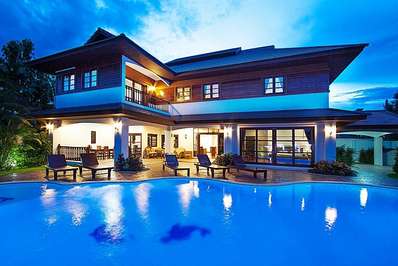 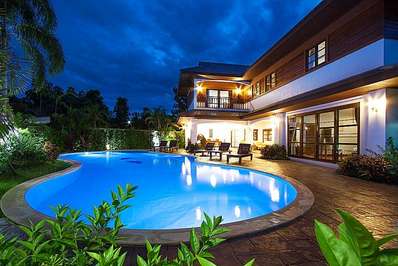 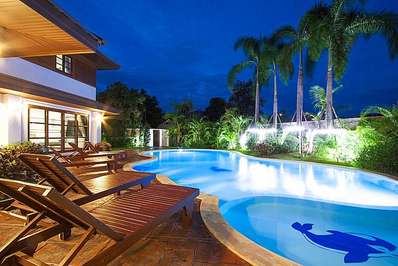 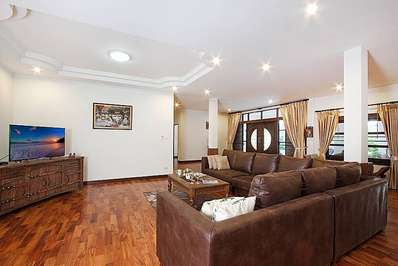 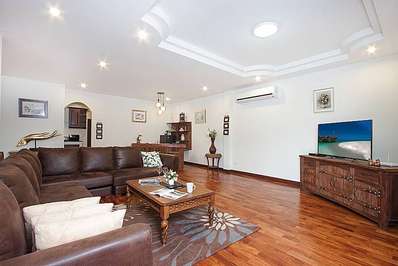 Located in the city in Chiang Mai City, Chiang Mai. Lanna Karuehad Villa B is a traditional villa in Thailand. 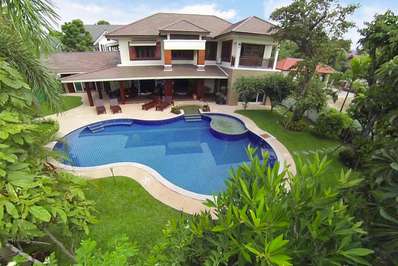 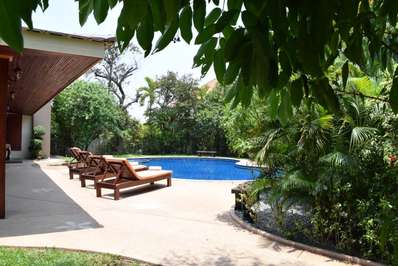 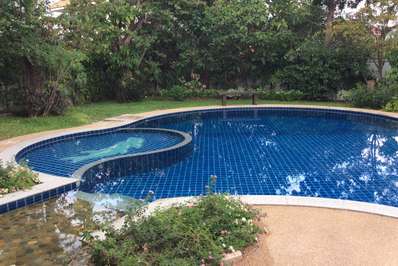 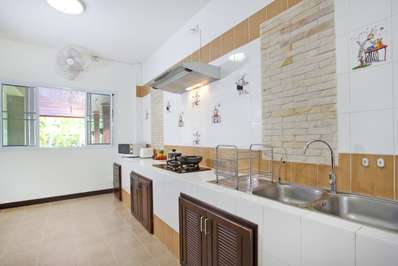 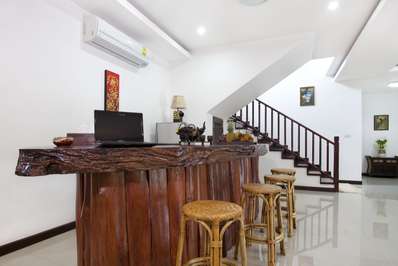 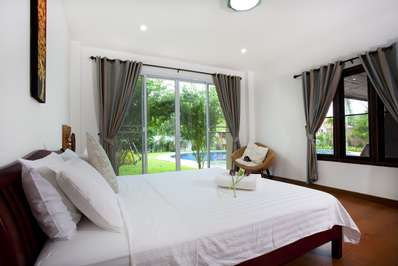 Located in the city in Chiang Mai City, Chiang Mai. Lanna Karuehaad Villa is a tropical villa in Thailand.

Chiang Mai, a city has its own very distinctive culture, arts, festivals, and traditions as well as an exciting mix of local, ethnic and international communities from all over the world has been voted one of the top destinations to live in Asia and is a modern and cosmopolitan city, while not having lost its traditional old charm, and is fortunate enough to be surrounded by mountains that give it a distinctive aura.

Chiang Mai lacks the cosmopolitan gloss of Bangkok but in recent years has become a modern city. The city served as an important centre for handcrafted goods, umbrellas, jewelry, particularly silver and woodcarving before becoming a centre for international tourists. Chiang Mai has a number of attractions for all manner of visitors from round the world.

Chiang Mai city covers most parts of the Chiang Mai district with a population of 150,000. The city now extends into several neighboring districts. This Chiang Mai Metropolitan Area has a population of almost 700,000 people, nearly half the total of Chiang Mai Province. The city is subdivided into 4 wards: Nakhon Ping, Srivijaya, Mengrai, and Kavila. The latter is located on the east back of Ping River. The other three are on the west bank. Nakhon Ping ward covers the north side of the city. Srivijaya, Mengrai, and Kavila cover the west, south, and east side respectively. The old town in the centre is covered by Srivijaya, Nakhon Ping and Mengrai.

Chiang Mai is an important and culturally rich home to a number of religious sites, including over 300 Budhist temples. The oldest, Wat Chiang Man, dated from the 13th century and was home to King Mengrai while overseeing the construction of the city. This temple features two venerated Buddha figures - Phra Sila and Phra Satang Man.

Within the city walls, Wat Phra Singh, dates from 1345 and is an example of classic northern Thai style architecture. It is home to Phra Singh Buddha, and is one of the most important temples in the city where visitors can take part in meditation classes here at set times.

Wat Chedi Luang was founded in 1401 and features a Lanna style chedi which was started in the same era, but finished much later, but took many years to finish. Now only two-thirds of the chedi remains after a 16th century earthquake. Wat Ched Yot hosted the Eighth World Buddhist Council in 1977 and Wiang Kum Kam is the site of an old city on the southern outskirts of Chiang Mai with many ruined temples.

Wat U-Mong is a forest cave temple in the west of the city, near Chiang Mai University and is known for its fasting Buddha and hundreds of pithy Buddhist proverbs in English and Thai posted on trees throughout its grounds.
The best way to see the temples, and the city itself, is to ride a bicycle on a leisurely day, from site to site. This is an experience unavailable in other parts of Thailand owing to the heat or traffic, but in Chiang Mai, the city is yours to discover. Restaurants and amenities are abundant and diverse, so you'll certainly not go wanting for place to eat or things to do. Chiang Mai is the cultured Thai city of taking it easy.

Chiang Mai Villas come in all shapes and sizes and are spread over the city. A private villa in Chiang Mai is perfectly in tune with the relaxed and indulgent atmosphere of the city. Choose a villa close to one of the city's cultural sights or one of the Universities to make the most of the location.