over 9 reviews from 1 source(s) 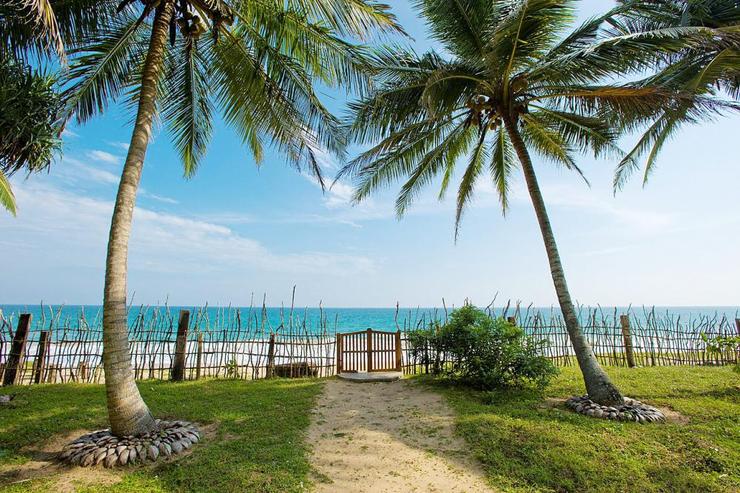 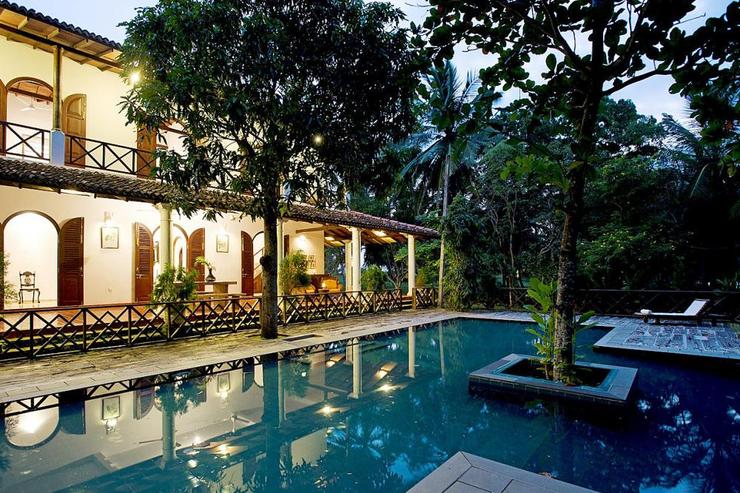 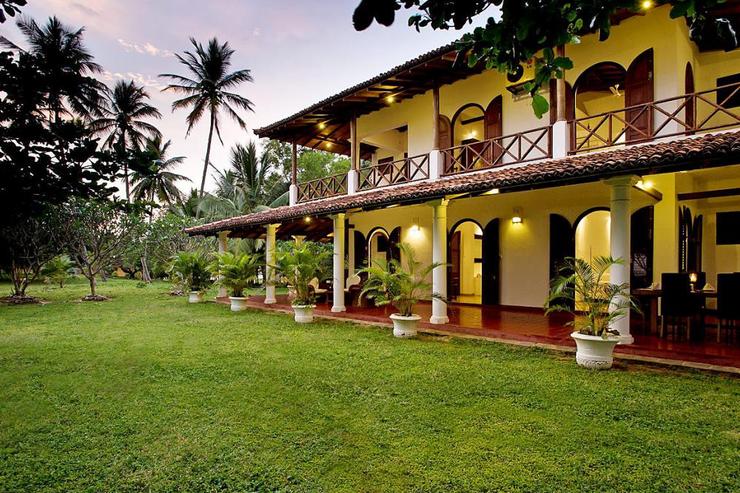 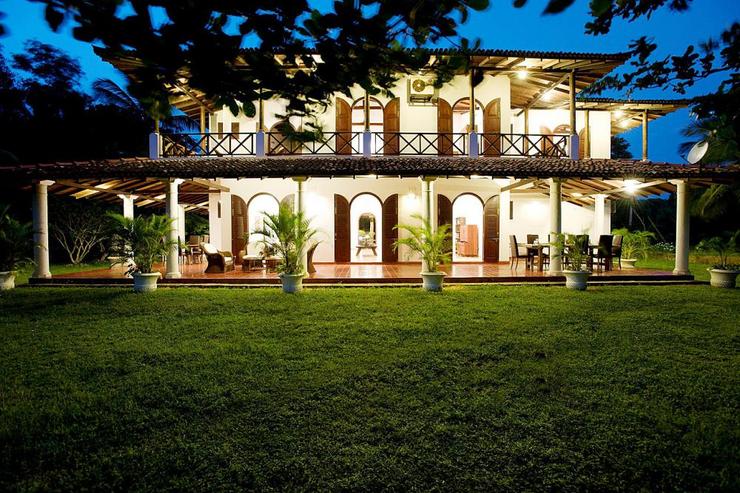 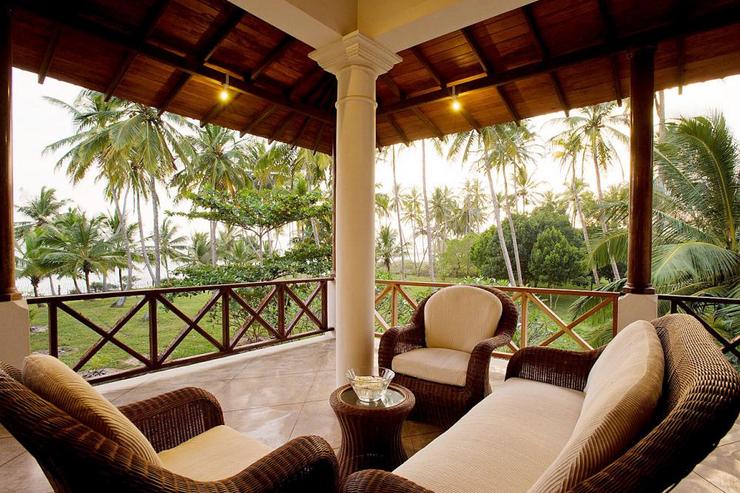 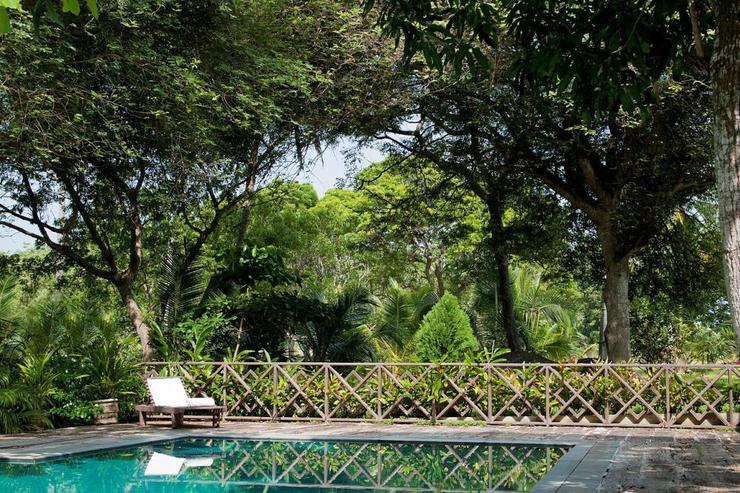 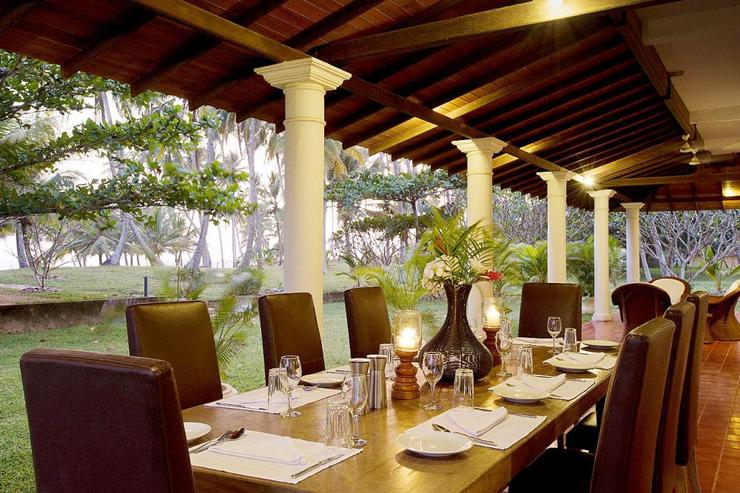 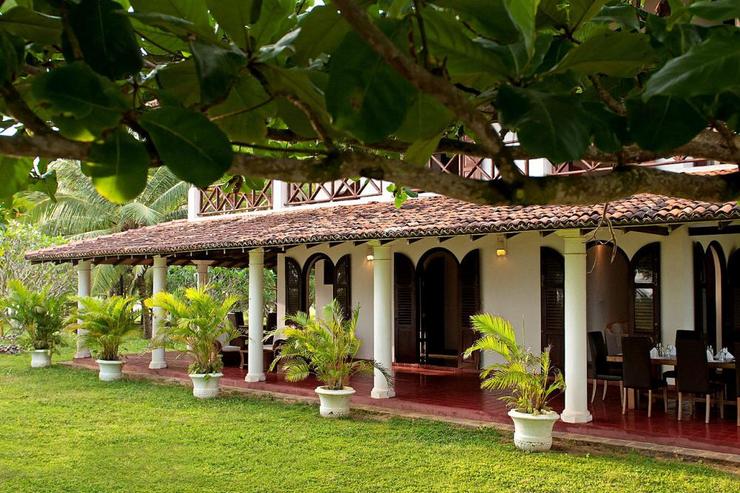 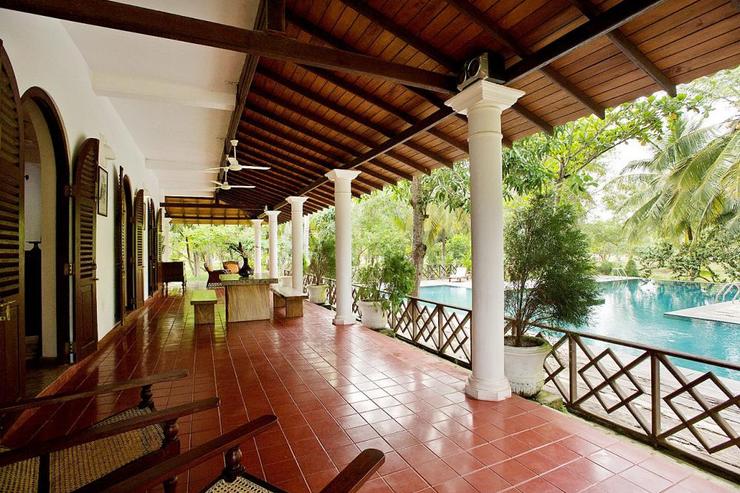 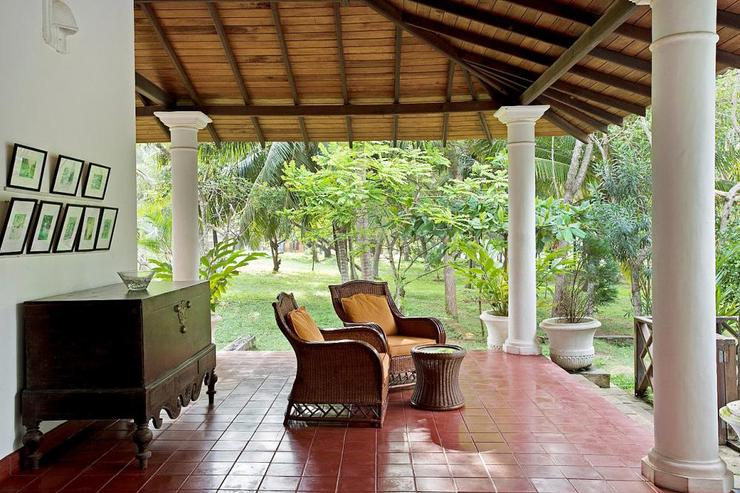 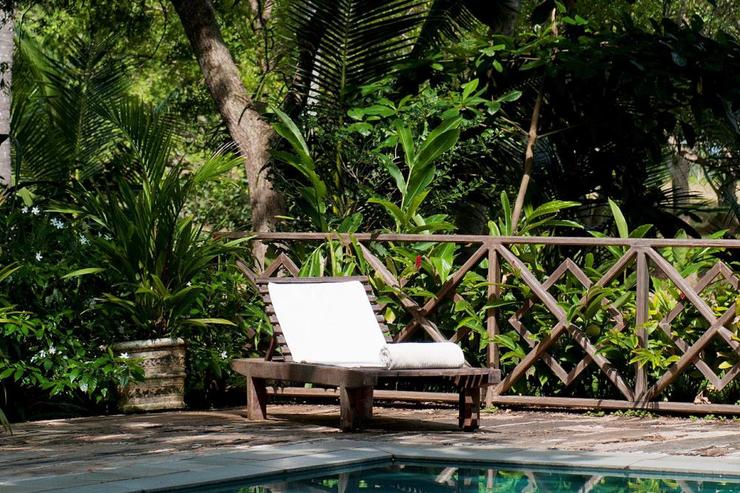 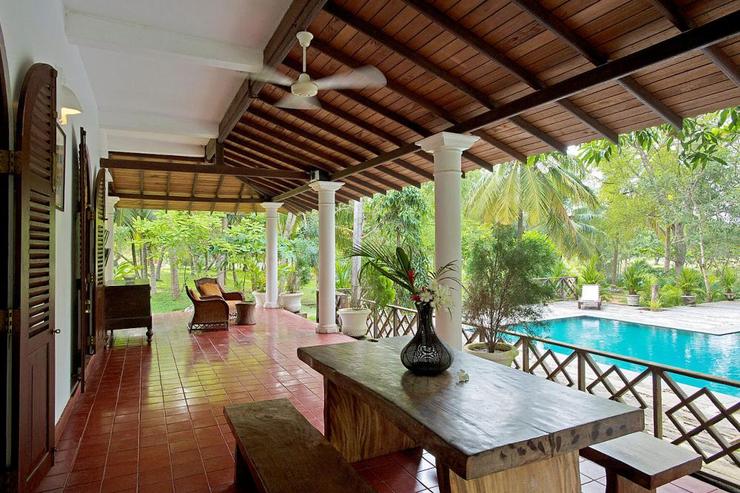 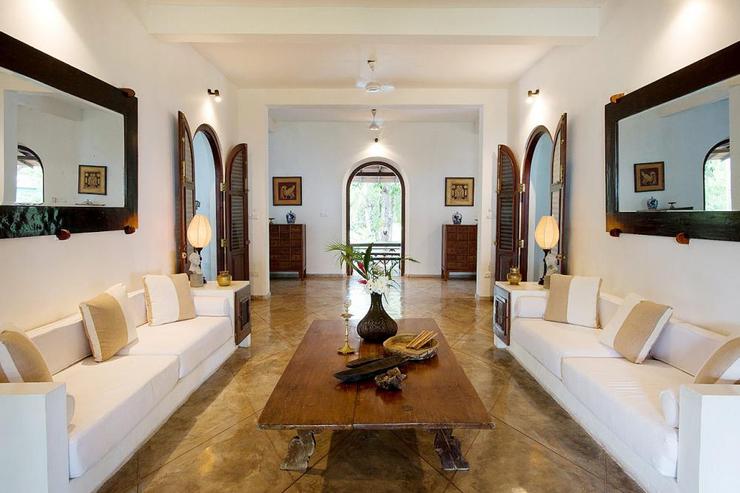 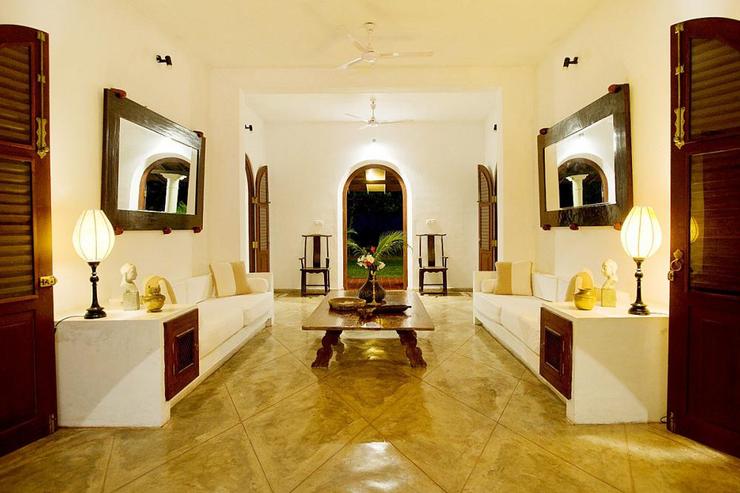 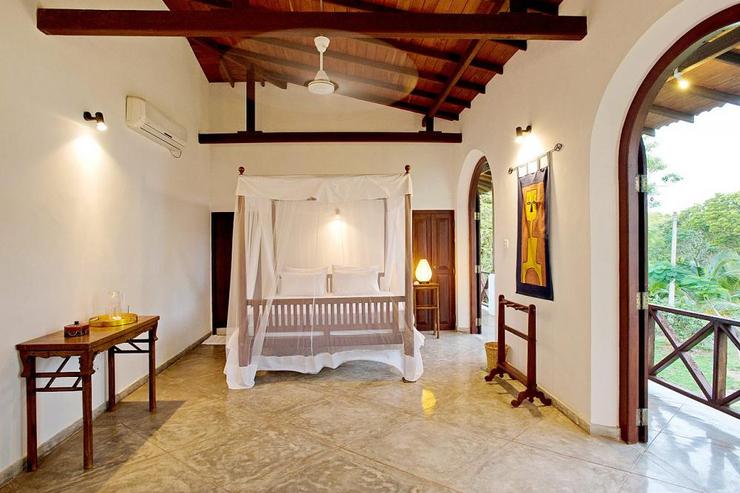 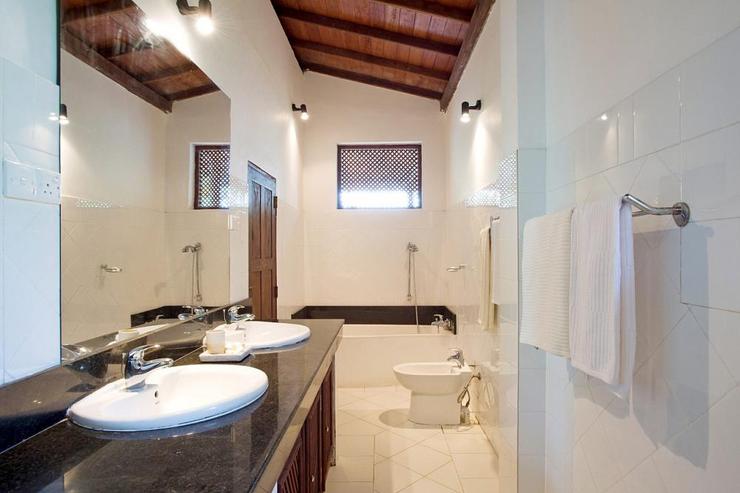 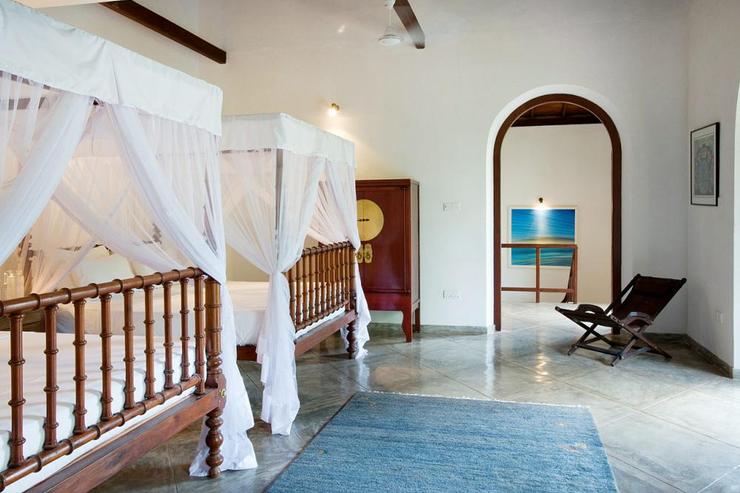 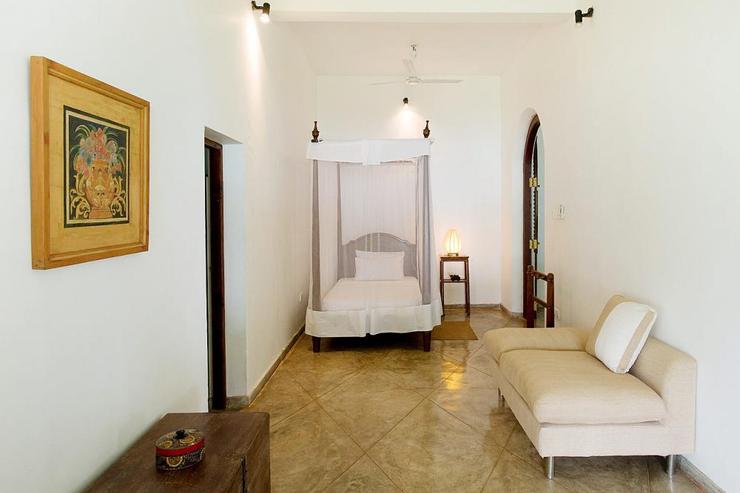 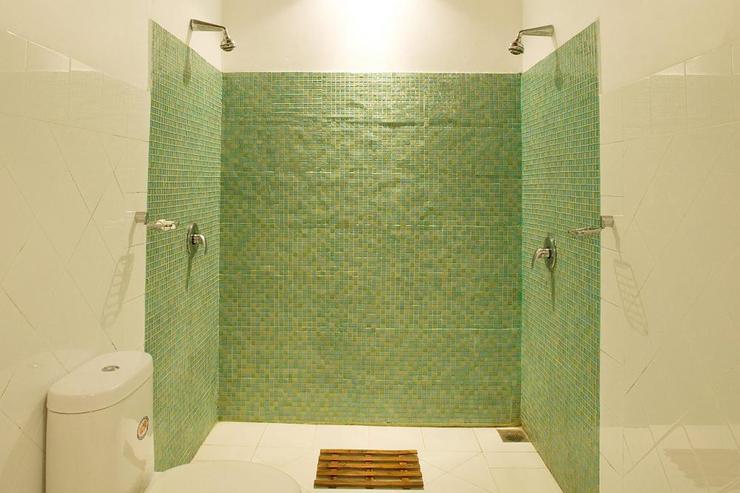 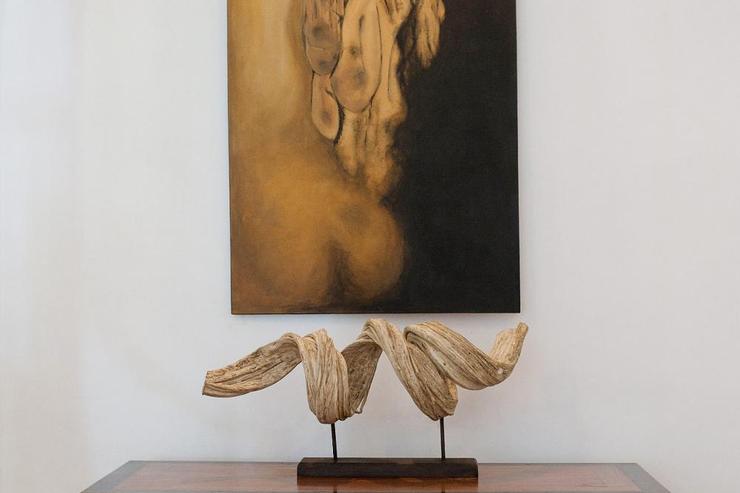 over 9 reviews from 1 source(s)

Considering this property is only about 14 years old, it is not wearing well and a lot of simple things need doing to bring it up to an elite standard. Dirty tiles, some with green algae on around pool. Dirty large pots outside with half dead woody shrubs in them. Doors and locks that don't work. Brasswork tarnished. Roof tiles almost all broken. Jagged grouting on pool floor causing cut foot. Questionable hygiene factors in kitchen, several of us had upset stomachs. Staff were all attentive and helpful but we thought the chef had very limited abilities. Apart from those issues, lovely sandy beach and great weather. Would not book this again
Stayed: April 2018

We very much enjoyed our stay here. It was not quite as isolated as some of the reviews imply. Having said that we were happy to rely completely on the skills of the chef at the villa. If you want to go out and eat, I am not sure what the options are.The food at the villa was great and we were very happy with the staff. They did everything they could to help us, but appeared to be hampered in resolving some maintenance issues because they needed support from the owner’s agent in Colombo. However, we understand they were unable to get a response from him and, despite repeated efforts, we could not get a response from him either. For example,A number of doors could not be fully bolted, a bathroom sink was blocked, not all of the lights and ceiling fan controls were working, it would have been good to have bedside tables with a lamp and some of the towels were a little stained. A pity, when it is such a great location and fundamentally a great holiday villa. If these issues were resolved, I would definitely give this villa a higher rating.
Stayed: January 2018

The house is amazing, the staff is super friendly and helpful, Location is wonderful, super calm, lots of fun! Love it! ;) The food was also great. The house is always open, so expect some insects inside.. beds are protected with nets.

Cant raise the villa and staff highly enough. Very attentive when needed and fixed several trips for us. The villa itself was excellent and a great venue for 4 adults with 5 children.

Cannot praise this location enough, the staff excellent, the atmosphere excellent, the holiday excellent. This was an extended holiday to celebrate my wife's birthday with our extended family, seven in all. The property is isolated, to say the least, and our driver had difficulty in finding it, but we were made welcome by the staff right from the start. The staff; always there but never intrusive, the food restaurant standard. We went with Tiki Lanka Tours and our tours to the nearby reserved were pre booked but the same service could have been obtained from the property. A magical time, totally restful, fun and comfortable. Did I speak about the staff?
Stayed: July 2014, traveled with family 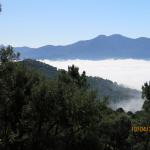 Large house, which accommodated seven adults on a family holiday. The staff managed by Thamala,were attentive and accommodating. The food prepared by the in-house chef was delicious and portions were more than adequate. The house setting in extensive grounds, was perfect - with direct access to the beach ( although we were unable to swim in the sea because of rip tides). The gardeners kept the grounds tidy all day. The pool was lovely, and the pool attendants worked hard at keeping it free from leaves from the overhanging trees - however, the pool tiles were often slippery,& there was a steep slope from the shallow to deep end which had the potential to be dangerous. We enjoyed watching the antics of the monkeys, peacocks, chipmunks and land lizards in the grounds!! On the negative side - we had several power cuts, however the staff sorted out subsequent problems quickly. The main stairs were on a slant, which caused all of us at some stage to slip ( luckily no- one fell). The house is some distance from the main road and isolated. The TV lounge could only seat 3 adults!! The DVD player only played Region 1,4&5 DVD's!! Generally the house is starting to look 'tired' despite only being less than 10 years old. All in all, we had a really good time here, visiting Yala, Bundala, UdaWalawe and Galle during our stay - and a further bonus was seeing turtles laying eggs one night, on a neighbouring beach. Perfect venue for a get away from it all holiday.
Stayed: July 2014 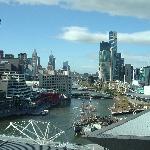 This is a beautiful villa with wonderful staff however it is quite isolated. The beach is right on your doorstep but you can't swim in it due to the rips - which was disappointing. The pool was great luckily for our 3 teenagers. Food was mostly very good, in particular the local Sri Lankan curries and breakfast. The abundant staff made sure we had everything we needed without being intrusive. Having our laundry done was a real bonus for me. If you are looking for an escape this is the villa for you - however if you need the internet & like to eat out each evening I would hesitate to recommend this villa. It is a good 25-30 minute drive into Tangalle.
Stayed: January 2014

The villa is in a stunning location, immediately on the beach and completely isolated. Being so out of the way the quality of food delivered by the staff was important as we couldn't simply wander up the beach or road to another restaurant. Having already stayed in two villas in the days beforehand, we had an idea of what the quality should be like. Unfortunately, the food did not live up (or was anywhere near) our expectations. If you are considering traveling to this villa with young children please be aware the tiles in the pool are incredibly sharp. We were 2 families of 4 and each one of us departed with several deep scratches in our hands and knees. Overall the villa was lovely and our stay would have been perfect if the standard of food had been a little better.
Stayed: October 2013 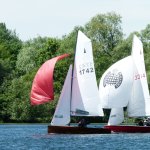 Stayed: August 2013, traveled as a couple

Stayed here for several days in August. The best bits are the chef, ask for his prawn dish. Staff are very friendly but hang around all day. You don't feel you have the place to yourself until they all leave the villa in the evening. The place is stunning and the sea is awesome. Watch out for the rip tides if you ever try to go in the sea. There's no one around to help should you get in trouble. Pool is very nice. Not much to do outside the villa and you get a lot of hassle from the locals when wandering the towns. Sri Lanka's starting to wake up to tourism, but not quite yet!
Stayed: August 2013, traveled as a couple

Ocean's Edge sits in seclusion on the fringe of the village of Kahandamodera, 16km east of Tangalle. Kahandamodera is scattered with simple homes encircled by kitchen gardens whose inhabitants make their living from fishing and farming. Access to the property is well off the main road through the narrow lanes of this rural region, passing paddy fields and small lotus-strewn lakes that see visitations from many birds. The beach to the front of Ocean's Edge is often visited by marine turtles and extends to the east across a rocky outcrop towards Kalametiya wetlands and the barren red earth of Ussangoda. To the west it continues towards Tangalle where a small selection of restaurants, banks, pharmacies and supermarkets can all be found.

Include all taxes - No booking fees

* Daily Rates are inclusive of all taxes and service charge.
* Discounted rates for stays of 14+ nights
* Daily breakfast
* Complimentary Wifi

If the Guest wishes to cancel a confirmed booking, written notice of cancellation must be sent to the manager. All cancellation notices received by the manager will be acknowledged in writing. It is strongly recommended that the Guest and all members of the Guest's party purchase trip cancellation insurance.

Cancellation of a booking includes but is not limited to:
* Cancellation of one or more days of a booking.
* An amendment of a booking so that none of the dates of the booking once amended fall within the same dates that originally constituted the booking.
* Failure of all Guests to provide the required documentation on arrival (eg. Passports or suitable identification).
* Attempt by the Guest, their party or visitors to hold an event at the Property in breach of these Terms and Conditions or breach of any rules applicable to the Guest's chosen Property.

The applicable amount will be deducted from the deposit and moneys paid, and the manager will refund any remaining balance to the Guest.

Please note that these cancellation terms apply for regular booking periods. Special cancellation terms may apply for peak/high seasons and will be stated in the Property description, booking confirmation or reservation voucher. If the information in any of these is inconsistent, the most recently issued terms will prevail.

In the extensive, tropical, bird-filled garden beyond sits a gorgeous swimming pool that's the perfect place to cool off in the heat of the day, whilst opportunities for exploratory walks along the near-deserted beach are endless. Fully-staffed, Ocean's Edge is c and perfectly suited for families, groups and nature lovers looking to completely relax and unwind.

Private, peaceful and picturesque, Ocean's Edge is a spectacular property which, as its name suggests, lies within a whisper of the soulful sea on Sri Lanka's dramatic southern coastline.

Situated in an extensive 23-acre garden filled with swaying coconut palms and alive with dancing parrots, waltzing butterflies and sky-diving kingfishers, the garden is a paradise for escapists. With no other neighbours in view, the location is entirely private and even a walk along the shell-scattered, wave-sloshed beach at sunset is unlikely to result in anybody interrupting the peace.

Ocean's Edge is a two-storey property with a pair of staircases that lead up from the hallway and the kitchen to spacious ensuite bedrooms and a wraparound balcony furnished with cushioned seating for admiring the views. The ground floor living space comprises an air conditioned TV Room and furnished hallway that connects a pair of deep verandas at the front and back of the property, looking either towards the sea or over the swimming pool.

A delightful jade-green swimming pool to the rear of the property reflects the natural surroundings as a tree protrudes from the middle of its T-shaped design. Timber decking scattered with sunbeds surround the pool whilst a deep veranda is perfectly situated for relaxed and informal daytime dining.

Although Ocean's Edge is only six years old, its elegant architecture and antique furnishings tell a different tale. Soaring ceilings, gentle archways and deep verandas that wrap around the house on two levels mimic the beautiful designs of the Dutch colonialists and allow gentle breezes to infiltrate and cool the interiors. The house offers a plethora of living and dining areas that are beautifully positioned for admiring the views.

With its four beautifully spacious ensuite bedrooms: two doubles, a twin and a single ground floor room with a baby cot, Ocean's Edge is particularly suitable for families with younger children. The house is looked after by a welcoming staff team who tend to your every need with traditional Sri Lankan hospitality, whilst trips to nearby Tangalle, national parks, bird-filled wetlands and cultural sights can all be arranged with ease.

Ratings & prices for this property